The only reason they stayed together is because of the baby.

This A- list actress controlled the narrative about how long she was with this A-/B+ list actor.

The only reason they stayed together as long as they claimed, which isn’t true, is because of the baby.

He has been partying pretty much nonstop with the former A- list actress who has seen her career take a nosedive the past several years.

The “Friday Night Lights” star, 37, was arrested and taken into custody in Franklin County with a bond set at $2,100. According to the outlet, Hedlund has yet to post bail.

Page Six has reached out to the Franklin County Sheriff’s Office and Hedlund’s rep for comment.

The arrest occurred just one day after news broke that Hedlund split from girlfriend Emma Roberts. The two share one child together: 1-year-old son Rhodes.

According to People, who was first to report the news on Friday, Hedlund and Roberts, 30, called it quits a few weeks ago following a rocky few months in their relationship. – Source 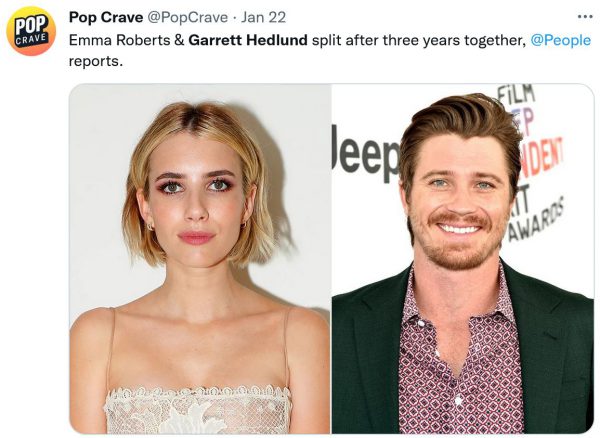