This A list mostly movie actor has been in and out of multiple movie franchises is convinced he is going to make tens of millions of dollars through the scam that more and more celebrities are joining.

Johnny Depp has announced plans to sell non-fungible tokens (NFTs) based on his personal artwork.

The collection is developed from original artwork by Depp, which has been embellished and animated into 11,111 NFTs. Non-fungible tokens are digital assets bought and sold using blockchain technology, which have no tangible form in reality. 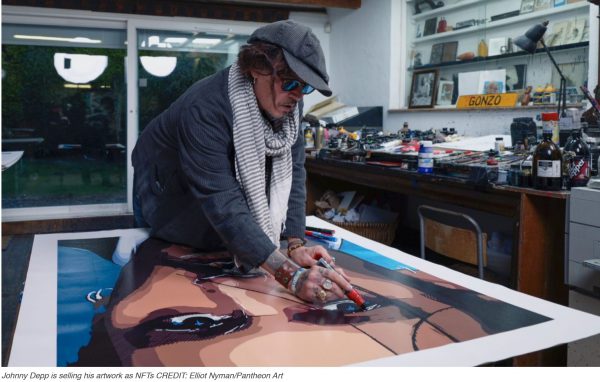