He Too – Old Hollywood 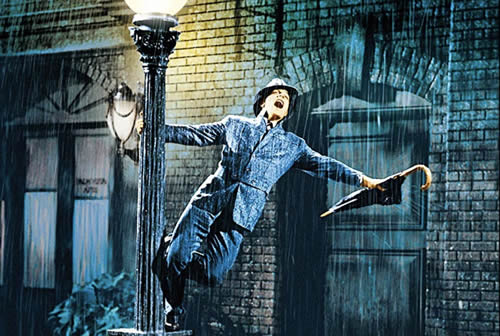 This beloved deceased permanent A list male star was one of the biggest predators in Hollywood.

Every female he worked with experienced some kind of predatory or inappropriate behavior from this person.

Because of the times and his power in the industry, it was impossible back in those days to stop him.

At least half a dozen actresses were alleged to have been assaulted, and there are probably more that did not share their experiences with anyone out of fear. His adoring fans had no idea.

Our actress valiantly fought off Mr. R’s advances on a film they made together and fortunately had family members on set who also helped shield her from being raped.

Our actor was so enraged that he could not get Ms. L alone during the making of this movie that in retaliation he did everything he could to make her miserable during filming.

Mr. R would kick her, pinch/slap her breasts while ridiculing her and would stomp on/smash her feet with his shoes in between and during takes.

Eventually the nightmare of this movie ended, and Ms. L was finally able to get away from our actor, even though he issued parting threats that he’d find her someday and “finish the job”.

Ms. L shared her horrifying experiences with a friend, also an A-list Hollywood actress we will call Ms. C.

Ms. C. also had a scary encounter with Mr. R (when she was a teenager) and was not surprised that the awful stories that had filtered out from crew about Mr. R’s behavior on the movie were true.

Years went by, and Ms. C. was invited to attend an extremely important event, and was told that Mr. R was also going to be invited too.

Mr. R was pretty much retired from the business by then, and was slated to be one of the honored guests at this gathering.

Ms. C had become an even more powerful celebrity in her own right by this time, so she immediately contacted the organizers with her concerns.

She stated that if Mr. R was included in this event, she would publicly withdraw.

When she was asked why she so vehemently opposed his attendance at this event, she stated in no uncertain terms that Mr. R had attempted to rape her as a teen and had assaulted other actresses he’d worked with.

This resulted in Mr. R being dropped immediately from the event and from any future events–and caused the story to spread like wildfire through the industry rumor mill.

Because of this, Mr. R figured out immediately what had taken place and was able to manipulate a mutual friend into giving him Ms. C’s telephone number.

He wasted no time making a threatening phone call to her about his dis-invite to the event.

Ms. C was no shrinking violet and managed to record the call, turning the recording over to her lawyers right away.

One of Ms. C’s lawyers had an extremely tough reputation and immediately contacted Mr. R’s lawyers with a cease and desist order, threatening to take the recording public.

Since Ms. C was a such a mega-star by this time, there was no way that Mr. R was going to be able to explain this telephone threat if it was released to the public and he knew it.

Ms. C’s legal team made a deal to destroy the tape (and keep quiet about it) in exchange for a large payout from Mr. R.– which of course was paid immediately.

In spite of the gag order, Ms. C still discussed this saga with her close female friends, many of whom had been his targets.

Word spread about the incident and is still discussed by old-timers in the business.

And what about the settlement money?

Ms. C. arranged to have those funds anonymously donated to help establish several of the very first rape crisis centers in North America.

Movie: Singin’ in the Rain

Ms. C: Elizabeth Taylor
Cameo appearances by Gene Kelly in Love Is Better Than Ever

The dark side of Singin’ In The Rain star Gene Kelly

With such classic movie musicals as Singin’ In The Rain, Anchors Aweigh, On The Town and An American In Paris, Gene Kelly came to symbolise American post-war optimism. In a T-shirt and khakis he brought a muscular athleticism to dance, worlds apart from the top hat, white tie and tails elegance of Fred Astaire.

Yet behind Kelly’s gymnastic exuberance hid a ferociously competitive egotist with a savage temper, a secret dark side and a penchant for younger women, reveals a new biography, He’s Got Rhythm.

“He could not abide losing and never hesitated to show his temper when he did,” say co-authors, sisters Cynthia and Sara Brideson, who interviewed Kelly’s family and friends and unearthed previously unpublished sources.

“Throughout his career Gene pushed people to their limit. Whether he did this out of a need to exert power or to test a person’s character is debatable.” And Kelly’s co-stars suffered more than bruised egos trying to keep up with his demands. “Cyd Charisse claimed that her husband always knew when she had been dancing with Gene Kelly if she came home with bruises and with Fred Astaire if she came home unmarked,” say the authors.

Lana Turner was another victim. In a stage fight she told Kelly to throw her down harder. He later confessed, “Like a fool, I broke her elbow.” While filming Anchors Aweigh Kelly played “nasty tricks” on Frank Sinatra because the crooner “was always a pain in the neck”. He also repeatedly tripped up co-star Kathryn Grayson who began strangling Kelly with his tie “until he screamed for her to stop”. At just under 5ft 9in Kelly often felt dwarfed by his co-stars in high heels and made them slouch beside him.

Esther Williams complained she was suffering scoliosis from having to “make herself short” opposite Kelly. He lashed back, “That son of a b**** even sits tall.” A t home Kelly loved hosting celebrity games of charades and volleyball but famed choreographer Bob Fosse recalled: “I’d never seen anyone so fierce about a so-called friendly game in my life. He had a competitive streak in him that was quite frightening.” This trait drove the composer Andre Previn to stop visiting Kelly’s home, complaining: “He always had this desperate need to be the best.”- Source