She thought it was love. It wasn’t.

This B list actress who all of you know says that her most recent ex talked her into giving him a very large loan for his business and hasn’t repaid it.

She thought it was love. 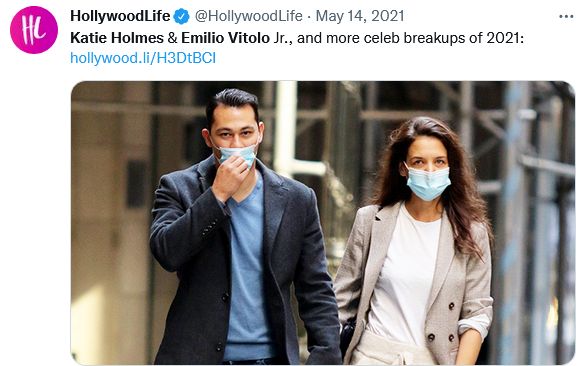 It’s over. Katie Holmes and Emilio Vitolo Jr. have officially split, Us Weekly can exclusively confirm.

A spokesperson for the actress, 42, notes that “the pair have parted ways amicably but remain friends.”

The Batman Begins star and the restauranteur, 33, haven’t been seen together in one month while Holmes worked on an untitled romance film in Connecticut. Despite their breakup, the former couple have no bad blood.

“Their relationship fizzled. They figured out they’re better off as friends. There’s no drama that went down with the breakup and in fact, they’re still friends,” a source tells Us, noting that the split happened about two weeks ago. “Katie and Emilio really enjoyed their time together — it just simply didn’t work out. She’s focusing on being a mom and her upcoming projects.” – Source