How thirsty do you have to be for clicks to tell a story about your pee and a superhero? 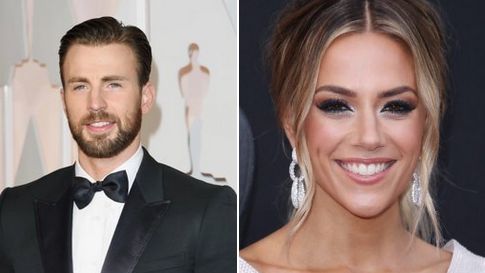 The singer said she and Chris Evans, PEOPLE’s Sexiest Man Alive, went on a few dates more than 10 years ago

Jana Kramer once dated PEOPLE’s Sexiest Man Alive Chris Evans — but her memories of their time together are anything but sexy.

The “Nicest Thing” singer opened up about her brief romance with the Captain America star on her Whine Down with Jana Kramer podcast, and said things between the two soured after a “very embarrassing” bathroom incident.

Kramer, 38, and her friends began the episode by discussing PEOPLE’s decision to crown Evans, 41, the Sexiest Man Alive for 2022.

The star revealed that she agreed with the choice and knows from personal experience — as she and Evans, whom she says she likely met at a club when she was 26, went on a few dates more than 10 years ago.

“He was definitely known… He wasn’t Captain America, but he was the heartthrob, cutie,” she said. “I can’t remember how many dates it was, I just remember the last date.”

Kramer said one night, The Gray Man star invited her to his home in the Studio City neighborhood of Los Angeles to hang out with his friends.

According to the Cleveland Clinic, the aspargusic acid found exclusively in the vegetable breaks down into sulfur containing byproducts during digestion — causing an unpleasant smell when excreted via urination.

The singer said she “never” heard from Evans again after leaving the next morning, and called her exit “the asparagus walk of shame.”

“I don’t remember cuddling that night,” she said. “That’s always been in the back of my mind whenever I think about or see Chris Evans or Captain America, and I’m like, ‘I had stinky pee.'”

Even so, Kramer said she remembers the actor being a “great” kisser and joked that she’s game to rekindle their romance. She even admitted that she DMed him about a year ago, though she did not reveal whether Evans responded. – Source