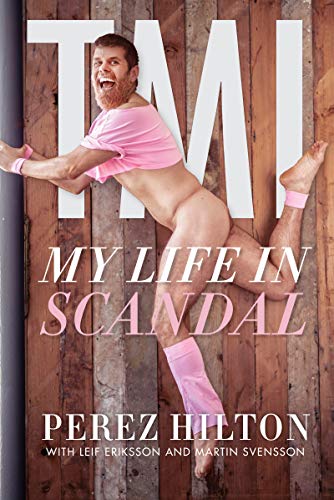 He did confirm her heavy drug use though.

PEREZ Hilton claimed Lady Gaga abused alcohol and drugs as she grew famous and “used” him in her feud with Christina Aguilera.

The blogger, 42, who met the singer in 2008, made the sensational allegations in his new memoir, TMI: My Life in Scandal.

Perez claimed they hit it off straight away, went on holidays together, spoke on the phone for hours a day and were so close that he called her “wifey,” Page Six reported.

He wrote: “As she became Lady Gaga to the world, she began drinking in a different, more serious way, while also popping all kinds of pills.”

The 34-year-old singer has spoken openly about her use of drugs in the past.

In 2013, the singer – who recently revealed she’s on anti-pyschotic medication – said she used drugs to cope with the pain of her hip injury, which left her in a wheelchair after she had surgery a year earlier.

She told radio station Z100: “I have been addicted to it and it’s ultimately related to anxiety coping and it’s a form of self-medication and I was smoking up to 15-20 marijuana cigarettes a day with no tobacco.

“I was living on a totally other psychedelic plane, numbing myself completely, and looking back I do see now that some of it had to do with my hip pain… I didn’t know where the pain was coming from so I was just in a lot of pain and very depressed all the time and not really sure why.”

Elsewhere in his memoir, Perez claimed he and Lady Gaga would trash Christina Aguilera after speculating that she had copied Gaga’s “sound and visuals” for one of her albums.

Perez said he regretted giving Christina – who had performed at his birthday party – “all kinds of terrible nicknames.”

He wrote: “Looking back now, it’s one of the things I’m most ashamed of, and I can also see that Gaga was using me as a tool – not only against Christina but against other rivals too.

“She never explicitly asked me to write nasty things about people, but by moaning to me she made me feel like I, her best friend, should do something about it.” – Source