I told you last year that this former reality star offspring of reality stars who had a lot of kids, but not like 20 something of them was thinking about doing OnlyFans.

Apparently it is a go.

Her dad is already counting the money.

Source: Crazy Days and Nights
Honestly, I don’t see her doing it. ~ Foxella 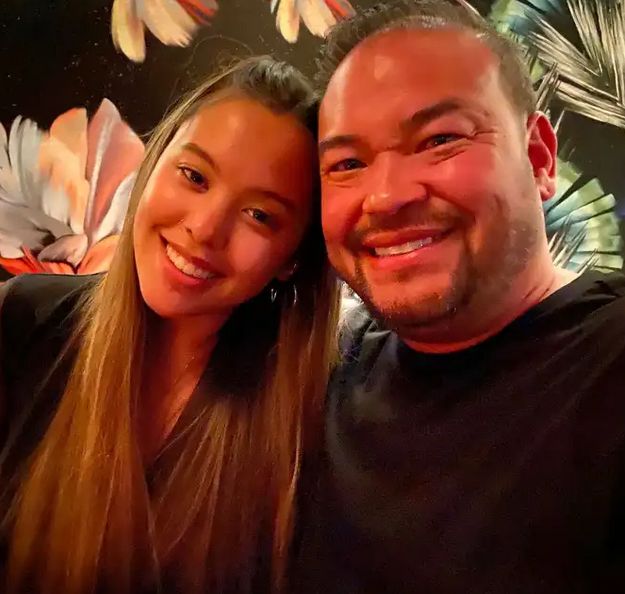 All grown up. Over a decade after the world first met her on Jon & Kate Plus 8, Hannah Gosselin is now celebrating turning 18 — and the launch of her new business — with a party in Miami, Florida.

“I celebrated my 18th birthday by having a party at the Sugar Factory in South Beach Miami. My four best friends flew down and joined me,” she told Us Weekly exclusively about the celebrations ahead of the big day on Tuesday, May 10. “My Dad [Jon Gosselin] made the entire experience super special by getting a Rolls Royce to take me to my party. It was a little embarrassing getting of the car, but it made me feel really special.”

Even though it was her big day, Hannah — who currently lives in Pennsylvania with her father, 45, and brother Collin, 18 — showered her friends with presents at the party, which also served as a preview for her new cosmetics line, Gosselin Girl Beauty. “Not only did they get to try my new line, but I also gifted them the cutest High-Low Hostess swag bags [by celebrity party stylist Amanda Orso] that included with my Rain Forest Elixirs and Strawberry and Watermelon serums,” she revealed. “We had the most amazing time at the beach.” – Source

Kate Gosselin and Jon Gosselin’s son Collin has not spoken to his most of his siblings in “five or six years.”

The teenager, 18, told Entertainment Tonight Monday that the distance from his fellow sextuplets Aaden, Joel, Alexis and Leah, as well as 22-year-old twins Madelyn and Cara, has been “tough.”

Although Collin — who does talk to his sister Hannah — “would love to have a relationship” with his brothers and sisters, he has not “reached out to them” — and they haven’t reached out either.

“I want to respect their space and their time and respect how they feel about everything, so I’m kind of just waiting for the day that they reach out,” he explained. “I don’t want to reach out.

“I don’t want to invade their space,” the former reality star continued. “I’d rather just let them do it on their own terms.” – Source