He has never watched video of the politician and only heard him speak one time.

At first, I really thought Instagram stars were being killed off or kidnapped. It was strange. You would see an Instagram star reach 200-300K followers or more and then they were gone, never to post again.Their pages still there with no activity. Not for just a week or two, but there are hundreds that litter the social media landscape.

At first, I really thought Instagram stars were being killed off or kidnapped.

You would see an Instagram star reach 200-300K followers or more and then they were gone, never to post again.

Their pages still there with no activity. Not for just a week or two, but there are hundreds that litter the social media landscape. That is not normal behavior.

An Instagram star who amasses such a following inevitably tries to monetize it or gain even more followers.

They don’t simply just abandon it.

Then, recently, a little birdie close to this foreign born permanent A+ list singer let slip a secret.

One of the models for their biggest fashion line is fake.

A model with many hundreds of thousands of followers.

A model who was not in the recent fashion show of the brand.

That triggered the conversation.

The model who wears the line online, is limited to online because she is not real.

There are no videos of her.

There are no interactions with other people online.

She is the figment of the imagination of her creator and then bought and paid for by the fashion line.

When she has outlived her usefulness, her account will suddenly stop posting and she will be gone.

The same thing happened to all of the other accounts.

They are bought and paid for by companies to get eyeballs to the page and then they track the hell out of you and every move you make.

What got the most likes?

What got the most replies?

What got you clicking through?

Then, they perfect and move on to the next model.

I have some beautiful new work coming out!! . T-shirt by @soulskybrand . . #3dart #clo3d

We’ve become so accustomed to filters and false realities on Instagram that it can become difficult to tell what’s even real anymore. We’d like to think we still have a firm grip on reality, but an Instagram model named Shudu has just thrown our entire universe for a loop.

Shudu is an Instagram model with flawless dark skin. Her feed is scattered with various editorial images accompanied by #melanin hashtags. She even was reposted on Fenty Beauty’s Instagram account, wearing the lipstick shade Saw-C. Her beauty is so striking and unfathomably perfect that you almost don’t want to believe it’s real. The thing is, it’s not—she’s 100 percent CGI.

“Basically Shudu is my creation, she’s my art piece that I am working on at moment,” London-based photographer Cameron-James Wilson told BAZAAR.com. “She is not a real model unfortunately, but she represents a lot of the real models of today. There’s a big kind of movement with dark skin models, so she represents them and is inspired by them.”

Wilson was hesitant to confirm or deny Shudu’s existence when we spoke with him on the phone this morning. After all, half the fun of creating art this life-like is to make the viewer reconsider their definition of reality. Her intent is not to fool or trick anyone, he says, but rather to be a beacon of inspiring beauty and creativity.

“I use a 3D modeling program. It’s like virtual photography, so once I create her, I can kind of pose her in certain ways,” Wilson explained. “I am a photographer anyway, so it’s just a way of exploring my creativity when I’m not shooting.” A single image, like the one seen on Fenty’s Instagram, takes several days to create.

Shudu’s striking beauty was actually inspired by a Barbie doll, called Princess of South Africa. “Obviously some models like Duckie were definitely big inspirations for her as well,” revealed the photographer, who has also shot models like Gigi Hadid and Devon Windsor. It’s worth noting that Fenty Beauty, who worked with Duckie on the brand’s launch, only reposted the image of Shudu. We reached out for comment about whether or not they know about the model’s computer-generated image.

The technology is undeniably cool, but does Wilson feel any heat for creating a black model versus just shooting with a real one? “As a photographer, I work with lots of different people all the time, real people that have inspired her. At the end of the day, it’s a way for me to express my creativity—it’s not trying to replace anyone. It’s only trying to add to the kind of movement that’s out there,” he clarified. “It’s meant to be beautiful art which empowers people. It’s not trying to take away an opportunity from anyone or replace anyone. She’s trying to complement those people.”

Only a handful of people have turned his work into something negative, while most understand his intention, he said. “I am just a creative person, and to me she is what the most beautiful woman in the world would look like.”

Shudu isn’t the only computer-generated model on Instagram. Miquela, known as @LilMiquela, has 560,000+ followers who follow along as she models new clothes, takes selfies, and sells merch.

In an era where Facetuning and digitally-altered photos are the norm across social platforms, Wilson said he’s simply bringing fantasy to reality.

“We live in such a filtered world now, where real is becoming fake. I wanted to create something that is fantasy toward becoming more real, and bringing it completely the other way.” – Source

These people do not exist. Why websites are churning out fake images of people (and cats) 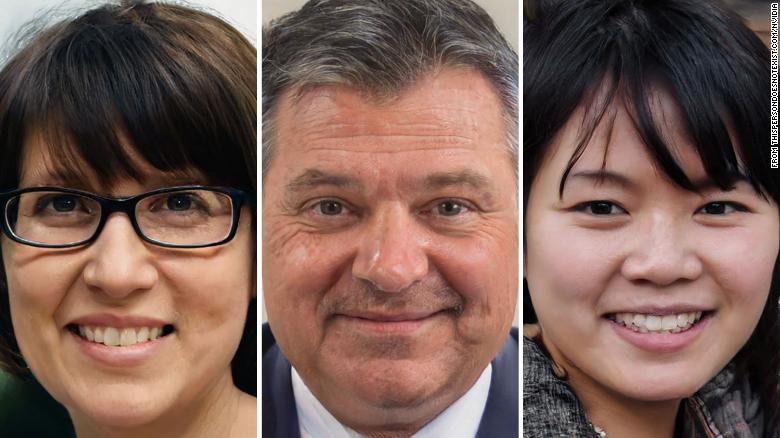 But she doesn’t exist in real life. She’s a face generated on a website — aptly titled thispersondoesnotexist — by artificial intelligence. If you reload the page, she’ll be replaced by another face that’s equally compelling but just as unreal.

Launched earlier this month by software engineer Phillip Wang as a personal project, the site makes use of a recently-released AI system developed by researchers at computer chip maker Nvidia. Called StyleGAN, the AI is adept at coming up with some of the most realistic-looking faces of nonexistent people that machines have produced thus far.

Thispersondoesnotexist is one of several websites that have popped up in recent weeks using StyleGAN to churn out images of people, cats, anime characters and vacation homes that look increasingly close to reality, and in some cases are indiscernible by the average viewer. These sites show how easy it’s becoming for people to create fake images that look plausibly real — for better or worse.

The problem with fake faces

Wang, like many AI researchers and enthusiasts, is fascinated by the potential for this kind of AI. So much so that he created a second site called thiscatdoesnotexist that generates faux felines. But he is also concerned about how it could be misused. – Source 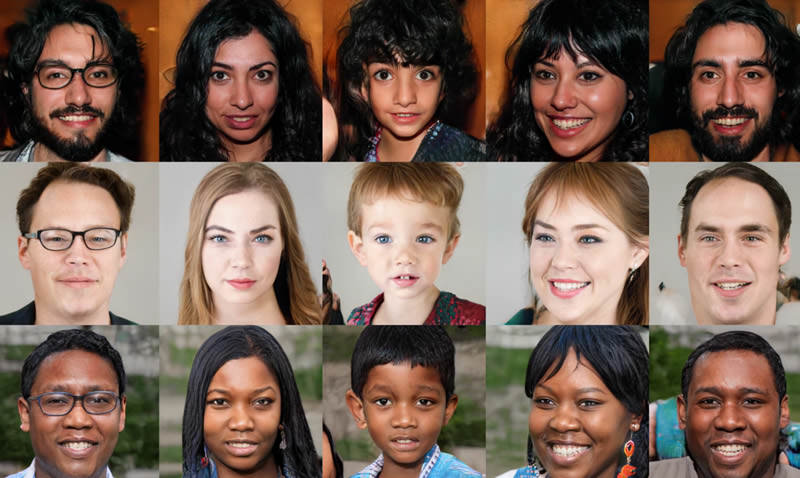 These people are not real – they were produced by our generator that allows control over different aspects of the image.Nvidia / StyleGAN
Read more on these Tags: Fenty, Rihanna

He is not being quiet at all about their relationship.