A House On St. Charles Blind 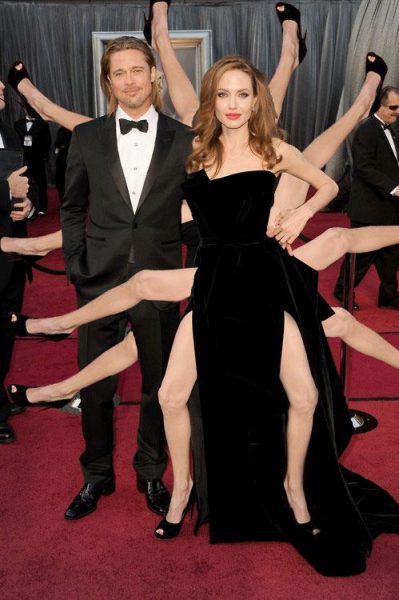 It has been several years ago now when this A list mostly movie actress used to spend a great deal of her time in the city with the House On St. Charles.

What is interesting though, is her history with the house goes back much further than that specific time period.

In fact, when she was visiting so often with her significant other, she never visited the house.

Her work had been completed long before that. A decade prior to her spending so much tie in the city, our actress was contacted by, at that point in time a high ranking member of the government who controlled the house.

He later became its head of government.

The two became very close and shared a bed on a number of occasions.

He financed all her pet projects and put her in touch with people who could help her with her thirst projects.

In the city, because of its location and geography are a number of consulates.

The foreign consuls of the city often become Ambassadors for their specific countries.

Over the course of a year, our actress entertained four such men and one woman at the House.

All of the activities were recorded for posterity.

Three of the five became Ambassadors for their respective countries, all of which are very large or influential and all feed secrets directly to the man who arranged the liaisons with the actress.

The leader and the actress had a falling out but she stays quiet because of the things they did together other than her activities in the House.

Those activities outside the House would bring down her career.

The New Orleans home the Jolie-Pitts purchased in 2006 has now been sold, reports People. Situated near the waterfront in the city’s French Quarter, the early-19th-century rowhouse has five bedrooms and three and a half baths, as well as a two-story guesthouse. Interiors feature Venetian-plaster walls, marble fireplaces, and crown moldings. The three-story home is a five-minute walk from the historic beignet-and-chicory-coffee hot spot Café du Monde. The neighborhood is packed with museums, cathedrals, and eateries, and includes the popular open-air French Market. Brad Pitt famously founded the Make It Right Foundation in 2007 to help rebuilding efforts following Hurricane Katrina. The organization creates LEED Platinum–certified homes for people in need. – Source

Where Did Brad Pitt’s Make it Right Foundation Go Wrong? – 2019

“They gave us a tour of a house that was already built. It was going to be different,” says Alfreda Claiborne, a resident of one of the houses Brad Pitt’s nonprofit Make It Right Foundation built in the Lower Ninth Ward of New Orleans after Hurricane Katrina.

“We were going to be saving a lot on our electricity. It was storm protected. They [were] telling us stuff,” she remembers. “The impression we were under, the way the houses were built, if a storm did come, it would float.”

Claiborne, 67, moved into a three-bedroom home on Tennessee Street with her husband, three children, and one grandchild in 2009. Situated on a corner, the house is a bleached beige rhombus with exaggerated geometric eaves, hovering on pilings high above the ground. It tapers downward in the back, where sheets of corrugated metal create a decorative checkerboard pattern around the multiple patios.

“The house was nice when [we] moved in. It was everything we wanted,” Claiborne says. “We were all excited about this house.” But within a few short years of moving in, she says their happy home began to—quite literally—crumble beneath their feet.

“Our porch, the wood is rotten. We have a hole in the porch. The railing came apart. Right now we have problems with the light switches. It’s just coming apart,” she says. The rotting, moldy stairwells and porch don’t just smell: they’re dangerous both for Claiborne’s granddaughter and for her husband, who had a stroke a few years ago.

According to Claiborne, the family has made multiple calls to Make It Right representatives, but have never heard back. “When you leave a message, they wouldn’t return your call. I just stopped calling them,” she says. The Claibornes didn’t have the money to fix the major issues themselves, as they sunk what was left of their savings into the down payment.

Thirteen years after their original home in the Lower Ninth Ward drowned and after they were displaced to Fort Worth, Texas, to wait out the recovery, the family is facing hardship once again. “Yes, I wanted to come back,” Claiborne says of her return to New Orleans. “But if I knew how we would be treated and taken advantage of, I wouldn’t have come.”
—

Pitt pledged $5 million in matching donations toward the project and requested donations from international diplomats during a conference at the Clinton Global Initiative in September 2007. On March 16, 2008, former president Bill Clinton picked up a shovel alongside Pitt and they broke ground on the project.

“We are so appreciative of the support we have received from the Lower Ninth Ward Community, the Clinton Global Initiative, and university students from around the country at our groundbreaking today,” Pitt said at the event. “We are excited about today, but need to remember that our project is one small part of addressing a much larger need. Thousands of people still need help in order to return home.”

Ten years later, only 109 of the 150 have been completed, and of those 109, many appear to be falling apart. On September 7, 2018, two Lower Ninth Ward residents filed suit against the Make It Right Foundation, alleging that the nonprofit built and sold substandard houses with “defective” materials that caused structural issues, electrical and plumbing malfunctions, and insufficient ventilation.

Further, the suit alleges that the foundation was aware of problems as early as 2013 and that Make It Right representatives arranged inspections of the houses in 2016, 2017, and 2018, but did not share the results with residents; in fact, the reps allegedly asked some residents to sign nondisclosure agreements before they would agree to make repairs, say the plaintiffs. – Source