He would offer her to anyone and for anything if the price was right.

She died shortly after they divorced. 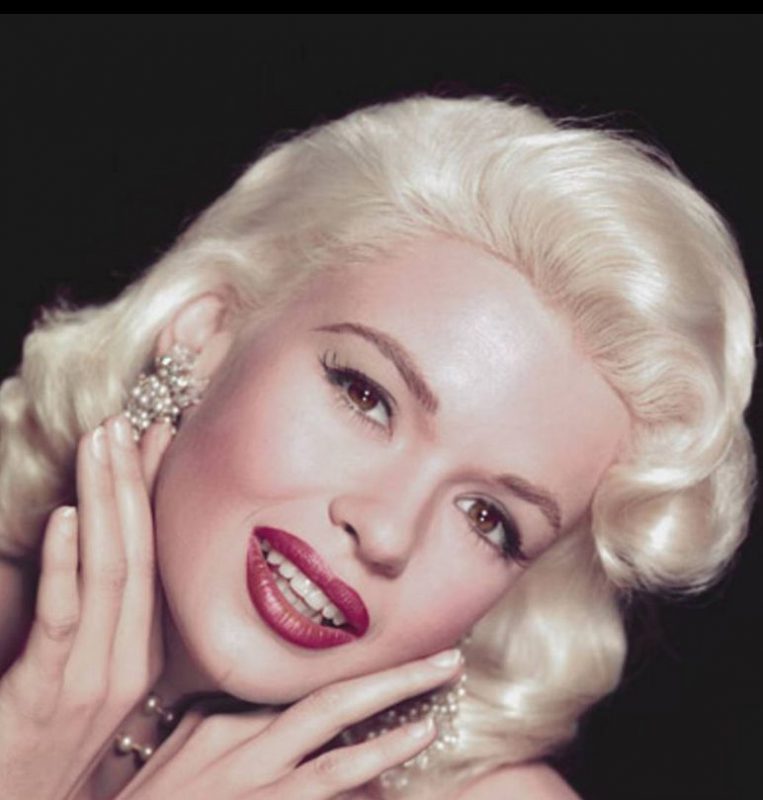 A Blonde Bombshell, A Satanic Curse, And Rumors Of Decapitation: The Tragic Story Of Jayne Mansfield’s Death

It’s falsely believed that Jayne Mansfield died when she was beheaded in a fatal June 1967 car accident, but the truth is even grislier — and much sadder.

Like her rival, Marilyn Monroe, Jayne Mansfield died tragically young, leaving a rush of rumors in her wake

On June 29, 1967, around 2 AM, a car carrying Jane Mansfield and three of her children, including actress Mariska Hargitay, slammed into the back of a semi-truck on a dark Louisiana highway. The impact sheared off the top of Mansfield’s car, instantly killing the three adults in the front seat. Miraculously, the sleeping children in the back seat survived.

The shocking accident quickly led to gossip involving decapitation and devilish curses that still persists today. However, the truth behind Jayne Mansfield’s death is more gruesome and even sadder than anything the rumor mill could dream up.

Mansfield starred in films like 1960’s Too Hot to Handle and 1956’s The Girl Can’t Help It. But the actress was best known for her personality off-screen, where she played up her curves and sold herself as a naughtier version of Monroe.

Hollywood reporter Lawrence J. Quirk once asked Monroe about Jayne Mansfield. “All she does is imitate me,” Monroe complained, “but her imitations are an insult to her as well as to myself.”

Monroe added, “I know it’s supposed to be flattering to be imitated, but she does it so grossly, so vulgarly – I wish I had some legal means to sue her.”

Jayne Mansfield didn’t shy away from the rivalry. In fact, she actively pursued John F. Kennedy because of his relationship with Monroe. After snagging the president, Mansfield cackled, “I’ll bet Marilyn’s pissed as all get out!”

In 1958, Mansfield married her second husband Mickey Hargitay, an actor and bodybuilder. The couple had three children, including Mariska Hargitay, and starred in several movies together.

Her turbulent love life made for constant tabloid fodder, and she pushed boundaries that other stars at the time wouldn’t approach. She was infamous for exposing her breasts to photographers on the street, and she was the first mainstream American actress to go nude on screen, baring all in the 1963 film Promises, Promises.

In the early morning hours of June 29, 1967, Mansfield left Biloxi, Mississippi, driving toward New Orleans. The actress had just performed at a Biloxi nightclub, and she needed to reach New Orleans for a television appearance scheduled for the next day.

On the long drive, Mansfield sat in front with a driver, Ronald B. Harrison, and her boyfriend, Samuel S. Brody. Three of her children slept in the backseat.

A little after 2 a.m., the 1966 Buick Electra crashed into the back of a trailer truck, instantly killing everyone in the front seat. Harrison likely didn’t see the truck until it was too late because of a nearby machine pumping out thick fog to kill mosquitos.

After the Buick Electra crashed into the truck, it slid under the back of the trailer, shearing off the top of the car.

Police rushed to the scene to find Mansfield’s three children alive in the backseat. The accident instantly killed the three adults in the front seat and also killed Mansfield’s dog. Police declared the actress dead on the scene.

As news of the grisly accident went public, rumors swirled that the crash decapitated Jaynes Mansfield.

The Jayne Mansfield death photos released after the accident added fuel to the rumors. Her wig had been thrown from the car, which in some pictures made it look as though her head had been cut off.

According to police, Mansfield suffered a gruesome – though near-instantaneous – death. The police report taken after the accident states that “the upper portion of this white female’s head was severed.”

Mansfield’s death certificate confirms that she suffered a crushed skull and a partial separation of her cranium, an injury more akin to a scalping than total decapitation. But the beheading story remains oft-repeated, even finding its way into the 1996 movie Crash.

Another rumor followed on the heels of Mansfield’s alleged beheading. Gossip hounds said that the starlet, who had been in a relationship with Church of Satan founder Anton LaVey, was killed by a curse LaVey put on her boyfriend Brody.

Mariska Hargitay On Her Mother’s Legacy

Mariska Hargitay, who went on to become famous for her role as Olivia Benson in Law and Order: SVU, survived the car accident that killed her mother. So did two of her brothers: Zoltan, who was six, and Miklos Jr., who was eight.

Hargitay may have slept through the car accident, but it left a visible reminder in the form of a scar on the actress’s head. As an adult, Hargitay told People, “The way I’ve lived with loss is to lean into it. As the saying goes, the only way out is through.”

Rather than trying to avoid the pain of losing her mother, Hargitay says she’s learned to “really lean into it, because sooner or later you have to pay the piper.”

Mariska Hargitay remembers her mother differently from Mansfield’s public image. “My mother was this amazing, beautiful, glamor­ous sex symbol,” Hargitay acknowledges, “But people didn’t know that she played the violin and had a 160 IQ and had five kids and loved dogs.” – Source