When she shows those receipts, he will talk about privacy during the pregnancy.

As I told you yesterday, the blinds are littered with the cheating of this A list singer from a group people have to force you to listen to, who used to also be a network judge.

There are specific blinds tied to this person in particular.

He says it was online, because the only proof it wasn’t is his line stating she was even hotter in person.

I think he forgot about her other proof.

When she shows those receipts, he will talk about privacy during the pregnancy.

Shortly after Sumner Stroh’s affair claims — which Levine has denied — went viral, a woman named Alyson Rosef shared her alleged direct messages with the Maroon 5 frontman, including one purportedly sent from him to her that read, “I shouldn’t be talking to you you know [that] right 😤?”

In Monday’s green screen TikTok video containing the screenshot, Rosef claimed she had “a lot more” messages but chose not to share them because they are “not appropriate” and she “didn’t feel comfortable posting everything.”

“A lot of my friends knew, and they were shocked,” she said, adding, “I guess if any other girls have experienced this with him … I just think they should post it ’cause I feel really bad for his wife, and nobody deserves this.” 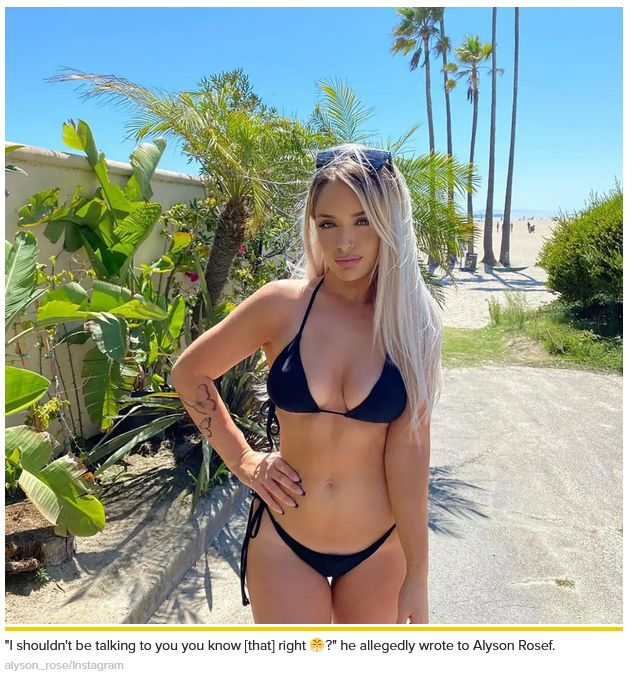 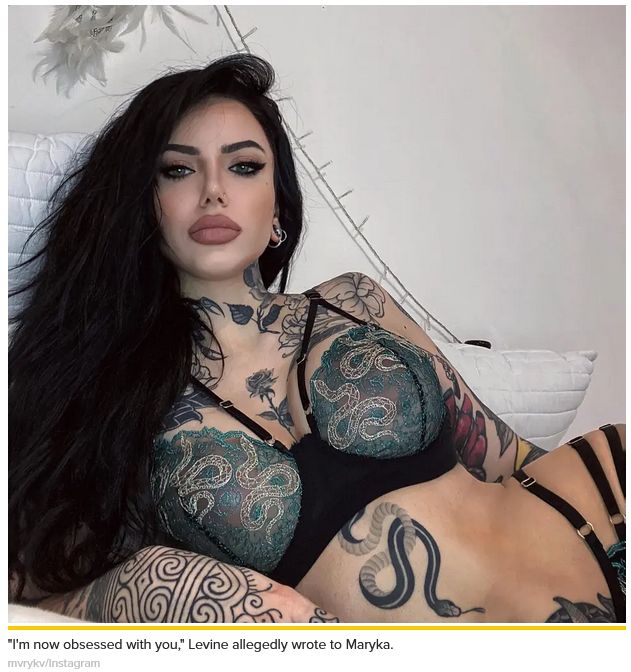 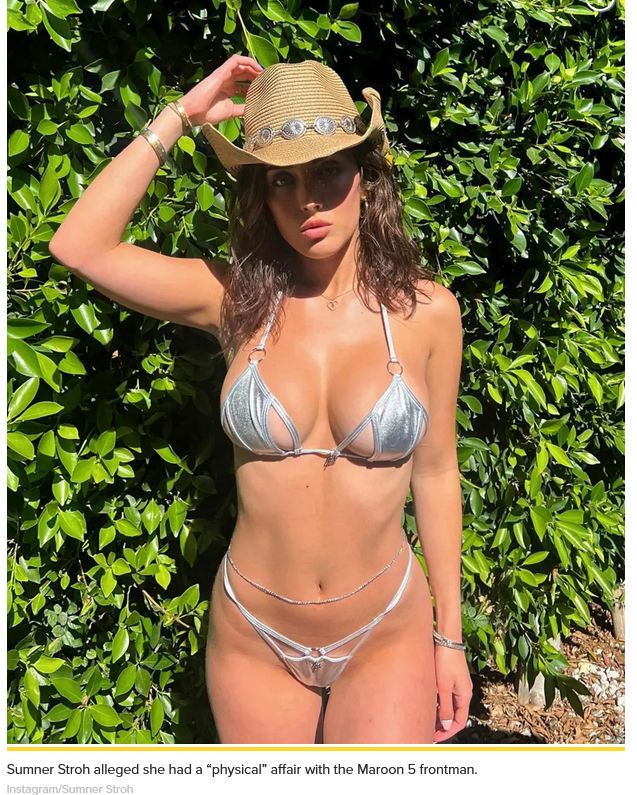 In a second green screen TikTok, Rosef shared a screenshot of another alleged conversation with the musician that showed him purportedly telling her that she’s got him hooked (using a fish on a fishing pole emoji).

“I’m so weird too and only listen to metal,” she wrote, to which he allegedly replied, “Said no hot chicks ever other than you.”

Rosef has since deleted both TikTok videos.

Another woman, comedian Maryka, took to her Instagram Story on Tuesday to share her alleged DMs with Levine, which began with his purported message to her that read, “I’m now obsessed with you.”

“Dude aren’t you like married,” Maryka wrote back, to which the singer allegedly responded, “Yes but it’s a bit complicated. Stuff gets hard and the vid thing didn’t help. I might get away.”

Atop the photo, the comedian added the hashtag “#exposeadamlevine.”

Though it’s unclear what video was being referred to, Maryka also posted a selfie-style video she allegedly received from the “Girls Like You” crooner that showed him saying, “I’m stupid.” She wrote above the clip, “Yes.”

The 23-year-old told Page Six exclusively that her alleged relationship with the musician — which she claims took place “last year” when she “graduated college in 2021” — was indeed “physical,” but Levine insists that’s not the case. – Source