The three named rapper who is definitely headed for rehab, if not a grave, was trying to make what he did last night go viral and was talking about getting others to share their videos.

The American punk-rock star 32, had been performing at Madison Square Garden earlier in the evening

During an afterparty performance, MGK smashed a champagne glass over his head in an erratic display

MGK shared the video on Instagram on Wednesday morning and wrote: ‘This is where things turned’ – Source 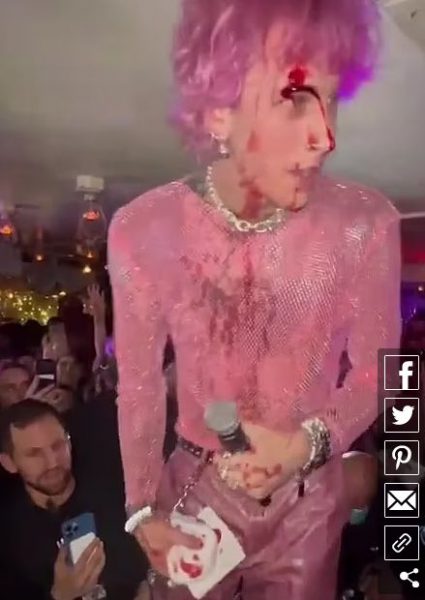