Wait until that restatement comes along next quarter.

What is she doing with her life?

After the run of this hit show, one actress shaved her head and wants to be the face of a movement.

Another actress didn’t shave her head and wants to be the face of a movement .

Another lost her hair through no fault of her own and just wants to live.

What about that final actress?

What is she doing with her life?

Trying to use her fame to get all of her social media followers involved in a pyramid scheme.

Alyssa Milano: The Next Phase of the #MeToo Movement? Justice

Harvey Weinstein is a rapist. Not “alleged.” Not “accused of sexual misconduct.” Not “some women claim.” Weinstein walked into a Manhattan courthouse this week to hear his fate and walked out a convicted felon. If the justice system works the way it should, Weinstein will spend the rest of his life in a jail cell, finally facing consequences for his actions. It’s a fate that eluded him for so long — and which has eluded so many other predators like him. Not anymore, though: The reckoning isn’t just coming, it’s finally here. The #MeToo movement has entered its justice phase.
“When you’re a star, they let you do it. You can do anything.” These words were said by President Trump, and embodied by Weinstein and countless other despicable sexual predators— but they are no longer true. Women around the world declared that these crimes would no longer be allowed to stand. It didn’t matter whether a predator was a star, a boss, a mentor, a family member, or President of the United States — no matter what power you exercised to rape or assault or otherwise abuse women, your time would come.

Alyssa Milano is the host of the podcast Sorry Not Sorry. – Source: shorturl.at/alvAD

The Beverly Hills, 90210 alum had just undergone a PET scan after experiencing back pain. Her photographer husband Kurt Iswarienko was away on a photoshoot. So, she was alone when her doctor Lawrence Piro revealed her breast cancer had returned.

As detailed in the October issue of Elle, Doherty began pacing and crying. She started researching experimental breast cancer trials in Europe and reflecting on her life.

A few weeks later, in February 2019, Doherty and her husband invited their closest friends to a dinner party at a house they had rented in Venice, Calif. They also invited her oncologist, who explained that Doherty’s cancer was back and had reached stage four. He answered the group’s questions and told them about Doherty’s treatment plan, which, according to Elle, would include hormone therapy and “a second targeted drug that is often effective at stabilizing metastatic disease.” – Source: shorturl.at/lnzBC

Is Monat A Scam? A Hair Care Company Pyramid Scheme? 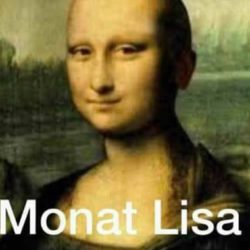 MONAT Global is similar to any other multi-level-marketing company. The products are expensive, and unfortunately, the majority of people who join MONAT are unlikely to make money selling shampoo.

Customer reviews of Monat products highlight nightmare after nightmare, including from this former distributor who has filed a $225,000 lawsuit claiming that Monat products caused severe “hair loss and scalp damage.” In all of the reviews we’ve done of the MLM world, we have never seen this many document complaints by the Better Business Bureau which as of today is over 550.