They do not belong to the family in general.

The alliterate one still owns the earrings from the killer.

They do not belong to the family in general.

They specifically belong to the alliterate one and the north of the border influencer showed photos of them to a friend. 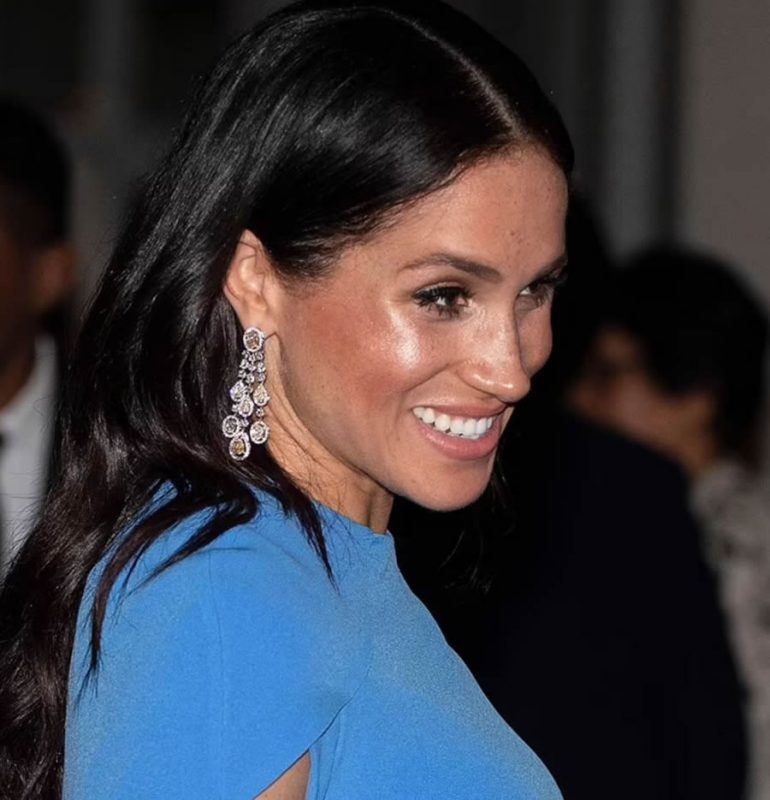 On a walkabout during a tour of Australia, Meghan allegedly said: ‘I can’t believe I’m not getting paid for this’

Harry and Meghan embarked on a 15-day tour of Australia, Fiji, Tonga and New Zealand in October 2018

During their tour, Harry and Meghan spent 48 hours in Fiji. On the first night, they attended a state dinner hosted by the president, at which the Duchess wore an eye-catching pair of diamond earrings. Kensington Palace said they were loaned, but refused to say from whom. Even by Palace standards, this struck reporters covering the tour as unnecessarily unhelpful.

The reason for this reticence would not become apparent until more than two years later, when I revealed that the chandelier earrings had been a wedding gift from the Crown Prince of Saudi Arabia, Mohammed bin Salman. At the time of the wedding, there was nothing controversial about the gift. However, on October 2, 2018, the journalist Jamal Khashoggi, a leading dissident, was lured to the Saudi consulate in Istanbul, where he was murdered and dismembered before his body was disposed of. In the run-up to the Sussexes’ tour, the murder was a major international news story.

As early as October 12 – four days before the start of the tour – suspicions were growing that the Crown Prince had personally ordered the killing. Then, on October 20, three days before the dinner in Fiji, Saudi Arabia admitted its officials were responsible for his death.

The idea that Meghan would, at a state occasion, knowingly wear earrings given to her by a man accused of having blood on his hands was surprising – to say the least. Meghan’s staff, in particular, were bemused that she should wear them, given her previous public advocacy for women’s rights in Saudi Arabia. So the Kensington Palace briefing that the earrings were loaned had been misleading. – Source