The timeline put forth by the three named actress and the alliterate singer was always just for public consumption.

Just as I told you several years ago, the timeline put forth by the three named actress and the alliterate singer was always just for public consumption.

The actress finally revealed what I told you all along.

That the relationship she had with him started when she was underage.

Several other women who were 13 and 14 are set to come forward within the next 24 hours to discuss their experiences. 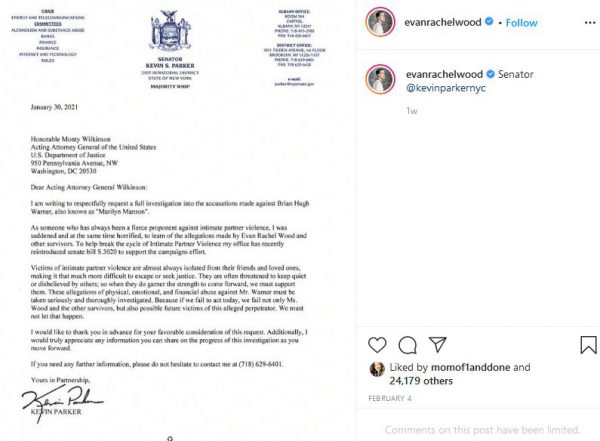 Wood — who has accused her ex-fiance Manson of abusing her during their relationship — said on Instagram she filed the report against the rocker’s wife, Lindsay Usich, after becoming aware of the alleged threat in December.

The “Westworld” actress, 33, alleged that the threat was to “shut her up” and “ruin her career.”

She shared a copy of the police report, though blocked out information about where exactly it was filed.

Wood claimed that the photos in question had been taken while she was underage dating the musician, whose real name is Brian Warner, and at one of his shows in Las Vegas.- Source