The racist and the actor took a walk when the actor was about to lose his cool. 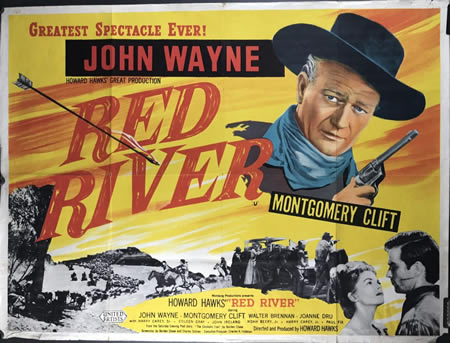 While working on a movie considered to be the greatest western of all time, this racist, closeted permanent A list mostly movie actor who is an Academy Award winner had an interesting encounter.

His encounter was with his co-star who had almost a handful of Academy Award wins/nominations and was the bff of a permanent A+ lister. The two actors initially despised each other, mainly over their acting styles and also the director who was on the side of the racist in all matters and often referred to the multiple nom/winner as a fag.

The director blamed all problems on the actor even though there were a lot of moving parts in this movie.

One day though, the racist and the actor took a walk when the actor was about to lose his cool with the director.

The pair walked toward some boulders but where they could be seen by a couple of the crew members.

In the middle of their discussion, our actor could be seen removing his shirt to wipe his face and chest as the racist watched.

The two spoke for a few minutes when our actor cupped the racist’s crotch in his hand.

Instead of recoiling, the racist returned the gesture.

Our actor then orally serviced the racist.

Apparently the racist was quick because after just a minute or so, the racist was about to return the favor when he noticed the crew members standing a distance away.

Both actors quickly got dressed and as they approached the crew, the racist said, “Any of you mention anything and I’ll make sure you never work again”.

Afterward, on set, the racist was very cold and aloof toward our actor when he wasn’t avoiding him altogether.