The editor had no idea

The editor had no idea who the streaming reality star seated next to her was, and also had never heard of the show.

Is That Christine Quinn On The Balenciaga Front Row With Anna Wintour?

Whether or not you’ve tuned into Selling Sunset, you must have heard the name Christine Quinn. And now the panto villain of the real estate world has just received the ultimate fashion call-up: a front row seat next to Anna Wintour.

Over the weekend, Balenciaga staged its latest show on the trading floor of the New York Stock Exchange, with a guest list that included Ye, Marc Jacobs, Euphoria’s Alexie Demie, the newly-married Chloë Sevigny – and, of course, Quinn, who quite frankly stole the stow in a skin-tight black bodysuit that was fashion with a capital F. – Source 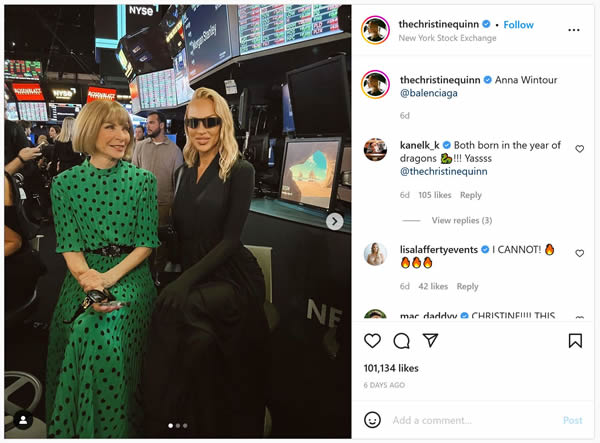