The Brother Did It

Back in the days of silent films, this actress was probably B list.

She retired from acting at a very young age after an on set accident.

She also died at a very young age when she took her own life. That part of the story appears to be changing now.

There is an author who is writing a book on something wholly unrelated to the actress, but interviewed a man who had served in World War Two and he told a very interesting story about his life.

Prior to serving in the War, he spent some time in jail.

A couple of years to be exact.

He then told the story of how he came to be in jail for those two years.

He (A) was at a bar when a man (B) he was drinking with asked him if he knew of anyone who wanted to make some quick money kidnapping a woman for a few hours and roughing her up.

When he found out how much the man was willing to pay he agreed to find a couple other guys and take care of the situation.

He asked why the man wanted the woman beaten and the man said that she was set to marry a guy (C) after B had been led to believe she wanted to be with B.

B said he had been having sex with the actress for well over a decade but this was going to be her third marriage and B was tired of her going back on her word.

When B told A who the woman was, B agreed to do it for free because he had always wanted to be with a movie star.

So, A and two of his friends kidnapped the actress.

They dragged her off the street and drove for 20 minutes to a field.

They then beat her and took turns raping her.

They then drugged the actress and made their escape.

Our actress was able to identify one of the men and A and his two friends were arrested and charged with the crime of rape.

Meanwhile, our actress did get married and it was not to B.

B met with A in prison several times and B told A to just keep denying everything because B had a plan to get A out of jail.

A and his two friends were convicted of the crime and sentenced to an indeterminate amount of time.

Right after the sentencing, B spent some time with the actress and got her incredibly drunk.

He then forced her to eat poison.

After she died, a judge who had been considering a new trial for the three men, decided to release them instead because our actress was not alive to testify.

B had got them out.

Oh, and what makes this story even more interesting is that B was the brother of the actress. 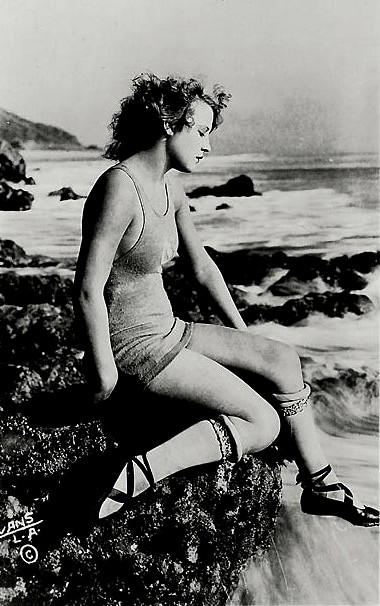 The Tragic Story of Marvel Rea

Early dawn of September 3rd, 1936, a young woman staggers into the Compton police station in California.

She reports that she had been kidnapped and raped by three men hours before.

This woman is former actress and bathing beauty model Marvel Rea.
As Marvel walked on 107th Street & Compton avenue in Los Angeles, midnight September 2nd, three youths approached her in a red truck and offered her a ride. She politely refused their offer.

The three young men then lept out of the car, grabbed Marvel, threw her into their truck, and then drove away to a eucalyptus grove in Los Angeles.

Marvel screamed as they dragged her out of the car and threw her on the ground. They began beating her with glass bottles; breaking them over her body. Her face and hands were scratched by the broken glass. Each man raped Marvel and continued to beat and choke her. She suffered a seizure and passed out.

When Marvel woke about 4 hours later, she ran to the Police station.

As Police searched for the three men, Marvel was taken under the care of a physician. Suffering from severe shock and hysteria.

September 5th, the men-Harvey Allen Zinke, Elwood Robert Gidney, and Daniel Bailey-were arrested and kept in jail as they couldn’t provide the $10,000 in bond. The three truck driving men were in their early 20’s; Marvel was 35.
January, 1937: The three men unsuccessfully requested a new trial on charges that they attacked Marvel. The three were sentenced to serve from one to fifty years in prison. They were all released two years later.

Marvel couldn’t handle the pain which was left after the attack.

She committed suicide by eating ant paste at the age of 36.
A new report is that Marvel and her brother Clyde made a late night suicide pact as they were drinking. Marvel carried it out as Clyde passed out.

She loved to swim and surf. With her blonde hair, blue eyes, and innocent smile she became a beautiful film actress and model.

She suffered a miscarriage while she was filming a scene with a live Gorilla and it kicked her in the stomach causing her to stop her career in 1921.

Her first husband, Henry Wells, was abusive. He stepped on her head and stole money from her to support his narcotic abuse.

Marvel’s second husband (name unknown) was a famous violinist and she often toured with him. His sudden death shocked her and left her a widow.

Her third marriage to Edwin Wilkinson began shortly before her attack.

Marvel felt she had nothing to live for.

She is buried in California in a family plot under the name Marvel Wilkinson.