She was not pleased 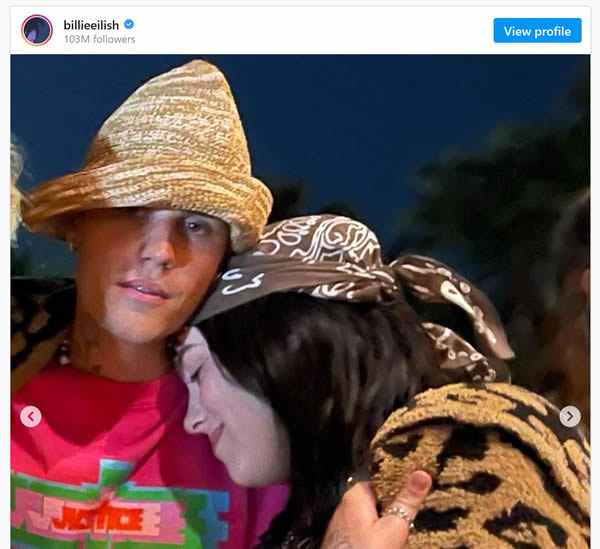 Billie Eilish shared an adorable photo with one of her favorite artists. On Monday, May 16, Eilish posted a photo dump that included some behind-the-scenes shots of this year’s Coachella festival. “here’s some cute things from the last few months & i have MORREEEE COMING,” she captioned the post. One of the cutest photos shows the singer resting her head on the shoulder of fellow artist Justin Bieber. Eilish has been very vocal about her long-time fandom of the Canadian singer.

It’s well-known that Eilish has loved Bieber since she was a child, but since making her name in the music industry, she’s gone from fan and friend. Their recent photo was a perfect way to celebrate Eilish meeting Bieber for the first time at Coachella in 2019.

In her Apple TV+ documentary, The World’s A Little Blurry, Billie opened up about meeting him for the first time and even shared an emotional message he later sent her. In the documentary, she read the message out loud to her family: “Your love for me touched my heart. You are so special, not for what you can do, but for who you are. Remember that. I am so impressed by your aura and presence. ‘You carry a heavy calling. You are an idol to so many. I’m excited to watch you flourish. You are beyond special. Thank you for tonight, it meant just as much to me as it meant to you,” he wrote. – Source