She was a high priced call girl, her madam was the ex-gf of a mobster.

This murder victim of one of Hollywood’s most notorious unsolved murders was no innocent starlet.

She was a high priced call girl with her madam being the ex girlfriend of an infamous mobster.

She also had several famous men as her clientele. In the weeks leading up to her death she slept with two Oscar winning/nominated triple threats (actor-director-writer), two B-list actors turned criminals, a newspaper editor turned nightclub owner, studio heads and the aforementioned mobster. He had her killed so she wouldn’t talk and had a local surgeon who specialized in slicing up cadavers for research labs cut up the starlet’s remains and had his goons dump them near the home of his ex girlfriend.

Needless so say she wasn’t scared and conspired with some of his enemies to have him killed.

Elizabeth Short, known posthumously as the “Black Dahlia”, was an American woman who was found murdered in the Leimert Park neighborhood of Los Angeles, California. Her case became highly publicized due to the graphic nature of the crime, which included her corpse having been mutilated and bisected at the waist.

Local surgeon: George Hill Hodel ( He was the prime suspect during the murder investigation of Black Dahlia murder)

Virginia Hill was an American organized crime figure. An Alabama native, Hill became a Chicago outfit courier during the mid-1930s. Hill was famous for being the girlfriend of mobster Bugsy Siegel. 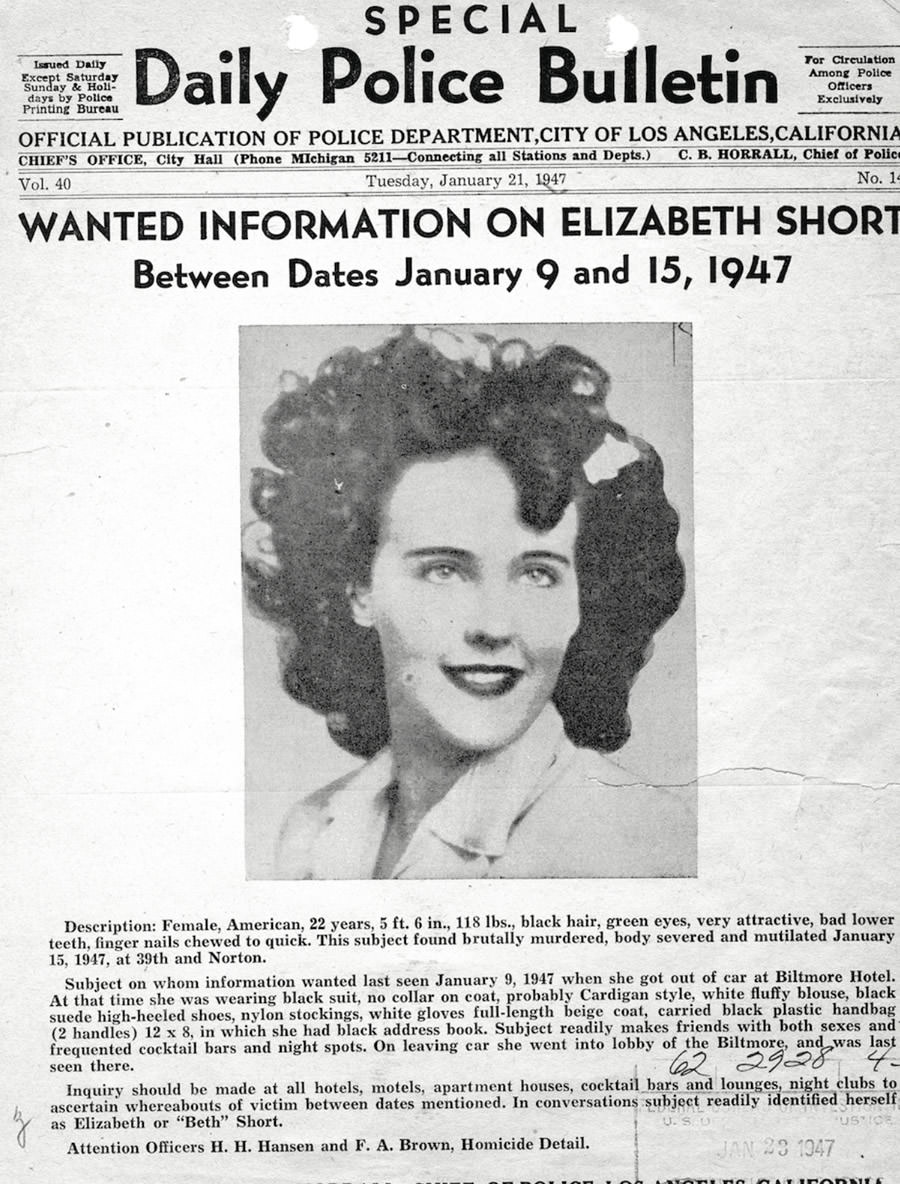