She knows, but doesn’t want to say goodbye to the money.

This long time barely there celebrity friend of the alliterate one who has had marriage problems in the past few years, is being cheated on by her husband.

She knows, but doesn’t want to say goodbye to the money.

This weekend, fashion designer Misha Nonoo and her fiancé Michael Hess are expected to marry in Rome, surrounded by family, friends, and more than one famous face.

The couple reportedly got engaged back in February, just days before Nonoo was spotted in New York City celebrating her friend Meghan Markle’s baby shower.

According to the Daily Mail, Hess—known as Mikey—posted about their engagement on his private Instagram account, sharing a photo of the proposal, which took place in Cabo San Lucas. “Thank you for making all my dreams come true, Misha Nonoo,” reads the caption. “I am so in love with you, and I feel so lucky I get to spend the rest of my life with you right beside me.” – Source

Everything You Need to Know About Meghan Markle’s Friend, Misha Nonoo

Nonoo and Markle have been friends for years since they first met through a mutual friend in Miami, according to UK publication The Evening Standard. The pair initially bonded over their passion for gender equality, the empowerment of women, and dogs. “We were seated next to one another at a lunch, and we got along like a house on fire,” Nonoo told The Evening Standard. “I love her to death. She is the coolest girl in the world,” Nonoo added.

A quick peek at Nonoo’s Instagram feed confirms that Markle and the designer have been close friends for a while. Back in 2015, Nonoo posted a sweet snap of Markle in New York: 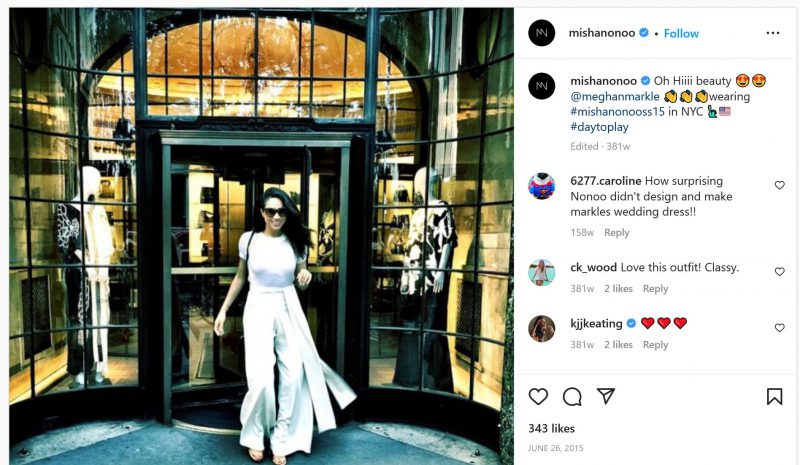 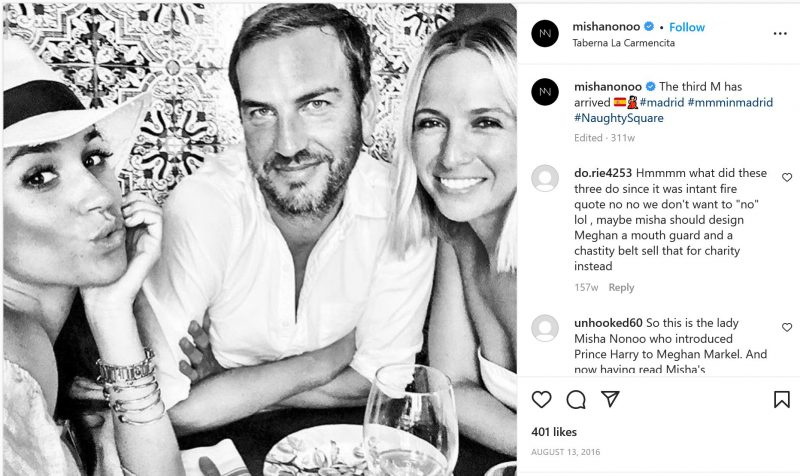