At an overseas event, no one even recognized this A- list reality star with the lucrative side gig.

She looked a solid two decades older than her mid 20’s age.

Kylie Jenner has found herself in the midst of fashion-fueled controversy. 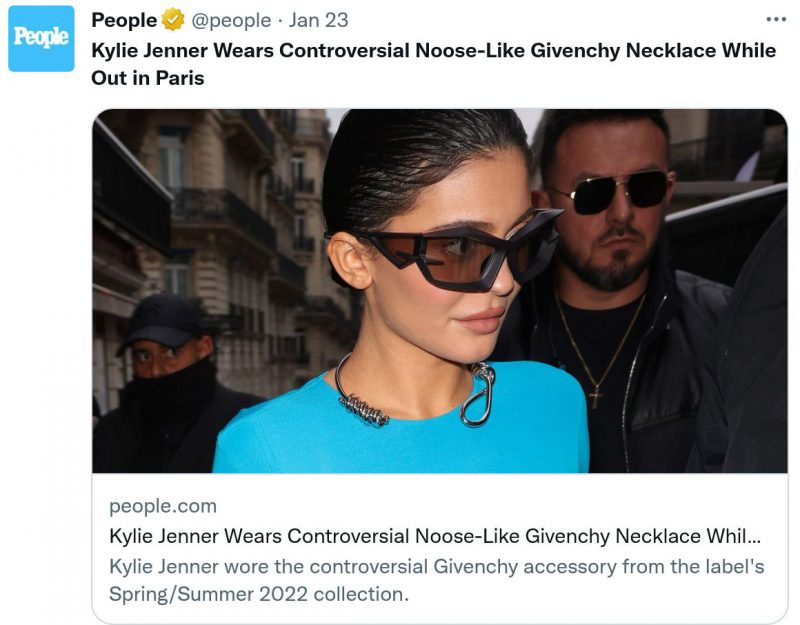 On Monday the makeup mogul was spotted in Paris, where she’s visiting the city for Fashion Week, wearing a controversial noose-shaped necklace from Givenchy.

The Kardashians star paired the jewelry with an electric blue dress and sparkly pink boots, also by Givenchy.

Kylie, 25, shared pictures of her outfit on Instagram, posing with her back turned away from the camera in the first two photos, therefore blocking a full view of the necklace. However, the third snapshot shows the accessory in its entirety. – Source