Paps are intentionally trying to make the wife cry

The paps are intentionally trying to make the wife of this in trouble A/A- list actor cry, just so they can sell the photos for more.

It is pretty bad. 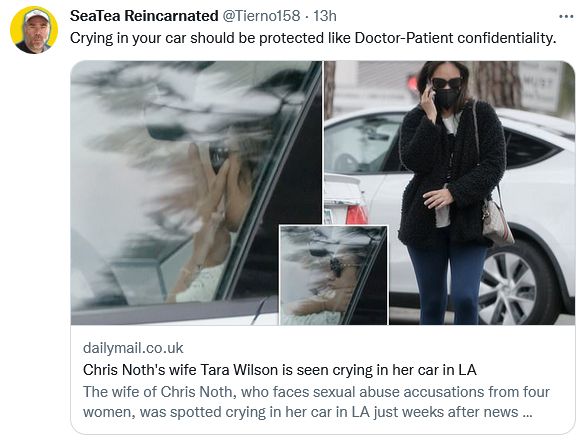 Tara Wilson, 39, was spotted visibly weeping inside her car on Thursday, not wearing her wedding ring

Chris Noth, 67, faces sexual abuse allegations from four women and has since been fired from CBS’ The Equalizer and had his ad for Peloton pulled

Noth has denied the most serious allegations of forcibly raping two women, but admitted to the sexual encounters during his relationship with Wilson – Source