One of the monkeys that was euthanized also was carrying Dengue

What everyone is trying to keep quiet is that at least one of the monkeys that was euthanized also was carrying Dengue.

That woman is incredibly lucky.

Michelle Fallon, from Danville near Scranton, was directly behind the truck

One of the cynomolgus macaques, which are also known as crab-eating or long-tailed macaques, was found in a tree

Crates with live monkeys inside were strewn across State Route 54 in Danville, 130 miles from Philadelphia, after the crash

Michelle Fallon initially thought the animals were cats but quickly realized her mistake when she put her hand on the cage and a monkey hissed at her.

😬The day after a vehicle crash involving a 100 lab monkeys, witness responder Michelle Fallon visited an ER with a cough and pinkeye after she stuck her finger in one of the cages and a monkey hissed at her. https://t.co/7UA0A5lMf0 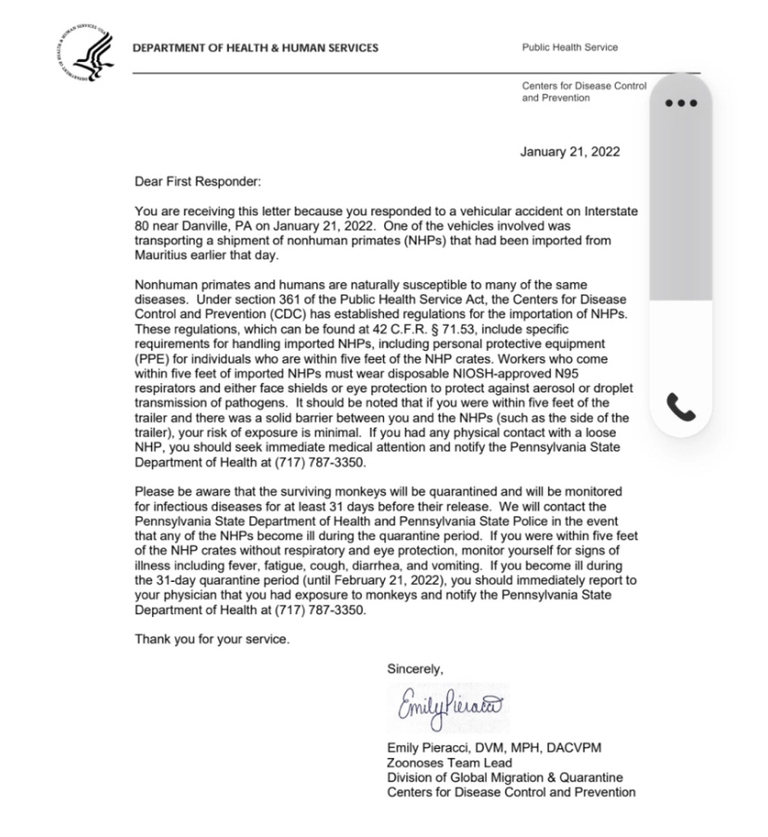