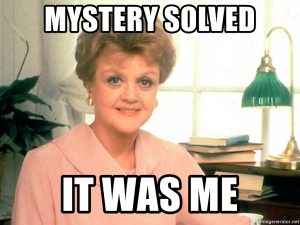 There is a guy out there who has a few tattoos on his body.

He has a tattoo of an original Andy Griffith Show t-shirt on his leg.

Another tattoo he has on his body is the reason for the blind.

It is a tattoo of this still alive and still kicking foreign born former A list actress.

She can sing and dance and act.

She was on a very long running hit network show.

Despite being nominated more than 10 times, she has never won an Emmy which is keeping a technically EGOT out of her hands.

Anyway, this guy sees that she is going to be performing and is desperate to show her his new tattoo.

He has a glossy photo of it made up for her to sign.

He waits patiently outside the theatre door for her to emerge.

You were magical in (play she had just finished).”–extends picture and pen.

Bodyguard takes the picture and notices it’s a tattoo of the actress.

Guy shows him the actual tattoo….bodyguard loves it and points it out to the actress. 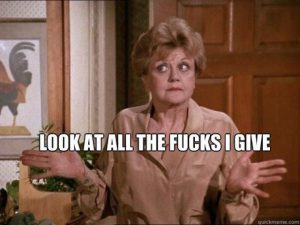 “I certainly hope that’s not permanent”, she sniffs.

Undaunted, the guy explains how he’s loved her since he was a boy and timidly asks if she wouldn’t mind signing the picture (he wanted to ask her to sign the leg but sensed it might go too far). ”

Go away,” she sniffs, again. Bodyguard shrugs a sincere apology….he thought she would comply.

Guy is crushed, thanks her anyway, then slinks away.