Who boozes more on set.

LONG READ: Did he really sell his soul to the Devil in exchange for musical talent?

This permanent A+ list singer/songwriter has spent a lot of money over the past four or five decades funding research into whether this 27 Club blues legend really did sell his soul to the Devil  in exchange for musical talent. 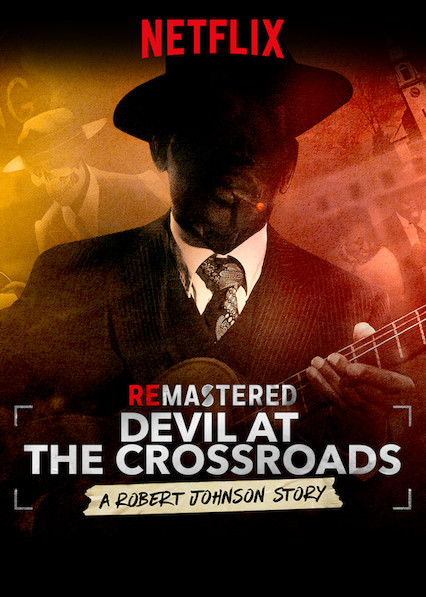 This permanent A+ list singer/songwriter has spent a lot of money over the past four or five decades funding research into whether this 27 Club blues legend really did sell his soul to the Devil  in exchange for musical talent.

Robert Johnson
(May 8, 1911 – August 16, 1938) was an American blues guitarist, singer, and songwriter. His landmark recordings in 1936 and 1937 display a combination of singing, guitar skills, and songwriting talent that has influenced later generations of musicians. He is now recognized as a master of the blues, particularly the Delta blues style.

How he died:
Johnson died on August 16, 1938, at the age of 27, near Greenwood, Mississippi, of unknown causes. His death was not reported publicly; he merely disappeared from the historical record and it was not until almost 30 years later, when Gayle Dean Wardlow, a Mississippi-based musicologist researching Johnson’s life, found his death certificate, which listed only the date and location, with no official cause of death. No formal autopsy was done, as a dead black man found by the side of the road near a farm, a pro forma examination was done to file the death certificate, and no immediate cause of death was determined. It is likely he had congenital syphilis and it was suspected later by medical professionals that may have been a contributing factor in his death. However, 30 years of local legend and oral tradition had, like the rest of his life story, built a legend which has filled in gaps in the scant historical record.

Several differing accounts have described the events preceding his death. Johnson had been playing for a few weeks at a country dance in a town about 15 miles (24 km) from Greenwood. According to one theory, Johnson was murdered by the jealous husband of a woman with whom he had flirted. In an account by the blues musician Sonny Boy Williamson, Johnson had been flirting with a married woman at a dance, and she gave him a bottle of whiskey poisoned by her husband. When Johnson took the bottle, Williamson knocked it out of his hand, admonishing him to never drink from a bottle that he had not personally seen opened. Johnson replied, “Don’t ever knock a bottle out of my hand.” Soon after, he was offered another (poisoned) bottle and accepted it. Johnson is reported to have begun feeling ill the evening after and had to be helped back to his room in the early morning hours. Over the next three days his condition steadily worsened. Witnesses reported that he died in a convulsive state of severe pain. The musicologist Robert “Mack” McCormick claimed to have tracked down the man who murdered Johnson and to have obtained a confession from him in a personal interview, but he declined to reveal the man’s name.

While strychnine has been suggested as the poison that killed Johnson, at least one scholar has disputed the notion. Tom Graves, in his book Crossroads: The Life and Afterlife of Blues Legend Robert Johnson, relies on expert testimony from toxicologists to argue that strychnine has such a distinctive odor and taste that it cannot be disguised, even in strong liquor. Graves also claims that a significant amount of strychnine would have to be consumed in one sitting to be fatal, and that death from the poison would occur within hours, not days.

In their 2019 book Up Jumped the Devil, Bruce Conforth and Gayle Dean Wardlow suggest that the poison was naphthalene, from dissolved mothballs. This was “a common way of poisoning people in the rural South”, but was rarely fatal. However, Johnson had been diagnosed with an ulcer and with esophageal varices, and the poison was sufficient to cause them to hemorrhage. He died after two days of severe abdominal pain, vomiting, and bleeding from the mouth.

The LeFlore County registrar, Cornelia Jordan, years later and after conducting an investigation into Johnson’s death for the state director of vital statistics, R. N. Whitfield, wrote a clarifying note on the back of Johnson’s death certificate:

I talked with the white man on whose place this negro died and I also talked with a negro woman on the place. The plantation owner said the negro man, seemingly about 26 years old, came from Tunica two or three weeks before he died to play banjo at a negro dance given there on the plantation. He stayed in the house with some of the negroes saying he wanted to pick cotton. The white man did not have a doctor for this negro as he had not worked for him. He was buried in a homemade coffin furnished by the county. The plantation owner said it was his opinion that the man died of syphilis.

In 2006, a medical practitioner, David Connell, suggested, on the basis of photographs showing Johnson’s “unnaturally long fingers” and “one bad eye”, that Johnson may have had Marfan syndrome, which could have both affected his guitar playing and contributed to his death due to aortic dissection. – Source

Recently I watcehd Devil at the Crossroads, a very interesting biopic about the early delta blues singer, Robert Johnson. I happened to also be reading Bob Dylan’s ‘auto-biography’ entitled Chronicles: Volume One. Given Johnsons influence on Dylan, I figured I would point out some direct and subtle ways that Dylan took from Johnson after listening to him recently more thoroughly (and thoroughly enjoying him!).

Johnson was an extremely enigmatic character, and also died at 27 (re: 27 club), so for those who are simply interested in a good story, definitely check it out, it’s well done.

1961 Dylan had been in New York City (Greenwich Village) and thoroughly embedded in the Folk scene for about about a year. He was still young, only 20, when he was discovered by John Hammond of Columbia Records, with whom he record and release his first album that same year. The story goes that Hammond let Dylan listen to an essentially forgotten compilation of Robert Johnson songs on an album that Columbia was re-releasing later that year called King of the Delta Blues. Dylan was given this album, and in his own words:

Before leaving that day, he’d [Hammond] given me a couple records that were not yet available to the public…

was called King of the Delta Blues by Robert Johnson…I’d never heard of Robert Johnson. Never heard the name, never seen it on any of the compilation blues records. Hammond said I should listen to it, that this guy could “whip anybody.” He showed me the artwork, an unusual painting where the painter with the eye stares down from the ceiling into the room and sees this fiercely intense singer and guitar player, looks no more than medium height but with shoulders like an acrobat. What an electrifying cover. I stared at the illustration. Whoever the singer was in the picture, he already had me possessed.

From the first note the vibrations from the loudspeaker made my hair stand up. The stabbing sounds from the guitar could almost break a window. When Johnson started singing, he seemed like a guy who could have sprung from the head of Zeus in full armor. I immediately differentiated between him and anyone else I had ever heard. The songs weren’t customary blues songs. They were perfected pieces–each song contained four or five verses, every couplet intertwined with the next, but in no obvious way.

The record that didn’t grab Dave [Van Ronk] very much had left me numb, like I’d been hit by a tranquilizer bullet…Over the next few weeks I listened to it repeatedly, cut after cut, one song after another, sitting staring at the record player. Whenever I did, it felt like a ghost had come into the room, a fearsome apparition…If I hadn’t heard the Robert Johnson record when I did, there probably would have been hundreds of lines of mine that would have been shut down (Bob Dylan, Chronicles: Volume One, 280-288). – Read more here

Are you in or are you out?

He said he feared for his life before he died.

Non existent feud about which millionaire got the worst of a business deal.

The only reason she had to apologize is because the stylist has a lot of power.

It destroyed her for nearly a decade.

So far she has stayed.

Still waiting on the receipts

It wasn’t just the mistress to many a studio chief who got cash.

About a very heated conversation