Reader Blind: This recently deceased Academy award nominated  movie and TV actor had success early in his career and a second wind later in his career.

In between, he was part of a wild generation and during that time became friends with an infamous figure who had his own family.

The night of a famous crime, he was present having driven himself there but did not go inside the house of the actress.

One of the perpetrators of this crime gave hours of recorded testimony to his attorney and mentioned this but no one believed him. 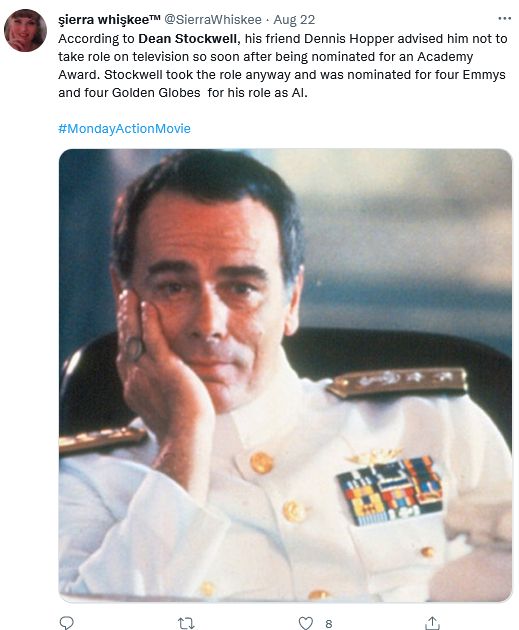 Roman Polanski (Rosemary’s Baby, Chinatown, The Pianist), was not the cult leader’s intended target. Manson, an aspiring musician, chose the Polanski house because he had once unsuccessfully tried to get a recording deal from a producer who used to live there. Polanski was out of town at the time of the murders, but his wife and her friends, including coffee heiress Abigail Folger, were shot or stabbed to death. Manson stayed out of the Polanski house on the night of the crime and didn’t take part in the LaBianca killings either. However, he would later be charged with murder on the grounds he had influenced his followers and masterminded the crimes.

After initially eluding police suspicion, Manson was arrested only after one of his followers, already in jail on a different charge, started bragging about what had happened. Manson’s subsequent trial became a national spectacle, in which he exhibited bizarre and violent behavior. In 1971, he was convicted and given the death penalty; however, that sentence became life behind bars when the California Supreme Court overturned the death penalty in 1972. – Source