She is headed back to rehab.

Why he didn’t get work.

He made millions off the kids and isn’t sharing.

The patriarch of this extremely large still sometime reality family, requires that all money earned by anyone in the house under the roof be turned over to him. He made millions off the kids and isn't sharing. 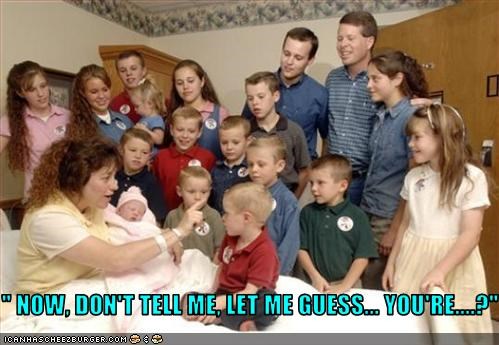 The patriarch of this extremely large still sometime reality family, requires that all money earned by anyone in the house under the roof be turned over to him.

He made millions off the kids and isn’t sharing.

Jim Bob Duggar: Did He Really Embezzle Millions From His Own Kids?!

If you’re a Duggar fan, then you’re probably aware of the feud between Derick Dillard and Jim Bob that’s been dragging on for several months now.

At the heart of the conflict is a shocking allegation that even some Duggar detractors find hard to swallow:

Derick claims that Jim Bob stole money from his children.

And we’re not talking about breaking into their piggy banks for grocery money in the family’s leaner days.

No, we’re talking about vast sums of money that Jim Bob (allegedly) continued to pocket even after his kids left the house and had children of their own.

We’re guessing the younger Duggars really could have used the money in those days, but according to Derick, Jim Bob continued to callously pocket his kids’ TLC earnings.

At first, the response to Derick’s claim was widespread skepticism.

Could Jim Bob even get away with something so brazen?

Surely, if Derick continued to assail his character, the Duggar patriarch would eventually speak out in his own defense, fans reasoned.

That has yet to happen, however, and this may be a case in which Jim Bob’s silence speaks volumes. – Source

A post shared by Duggar and Bates Confessions (@duggarbates_confessions) on Oct 25, 2020 at 8:20am PDT

Read more on these Tags: Jim Bob Duggar, The Duggars