This actress who once starred in a prime time soap that had a famous shooting, said she never once got a job in her entire career without hitting the casting couch.

“Who shot J.R.?” is an advertising catchphrase that American network CBS created in 1980 to promote the television series Dallas. It referred to the mystery surrounding a murder attempt against villain J.R. Ewing (Larry Hagman) in the show’s third-season finale “A House Divided”. The mystery and its catchphrase became a global phenomenon, with international odds-makers setting odds for the culprit. The mystery was not resolved until the fourth episode of the fourth season titled “Who Done It” which aired eight months later, with an estimated 83 million viewers tuning in. The catchphrase has a strong legacy in pop culture and the format helped popularize the cliffhanger ending for television series.

In history: Actress Victoria Principal sues Joan Rivers for invasion of privacy. Joan had an ongoing feud with Victoria and gave out her phone number on the air. 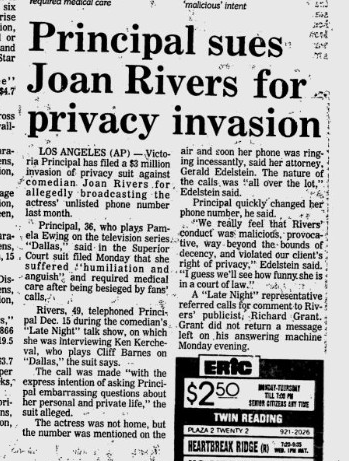 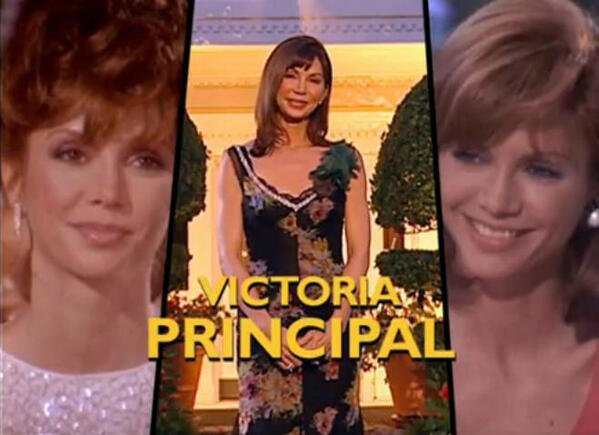