She makes the majority of her income from yachting

I told you this week that if the money went bye bye that so would this bar reality star. It probably wasn't all the money, but maybe she found out how much he really has. Oh, or maybe she took the better offer from the rapper since he has been a contestant prior to this for her affection. You just know he would post that picture.

I told you this week that if the money went bye bye that so would this bar reality star.

It probably wasn’t all the money, but maybe she found out how much he really has.

Oh, or maybe she took the better offer from the rapper since he has been a contestant prior to this for her affection. 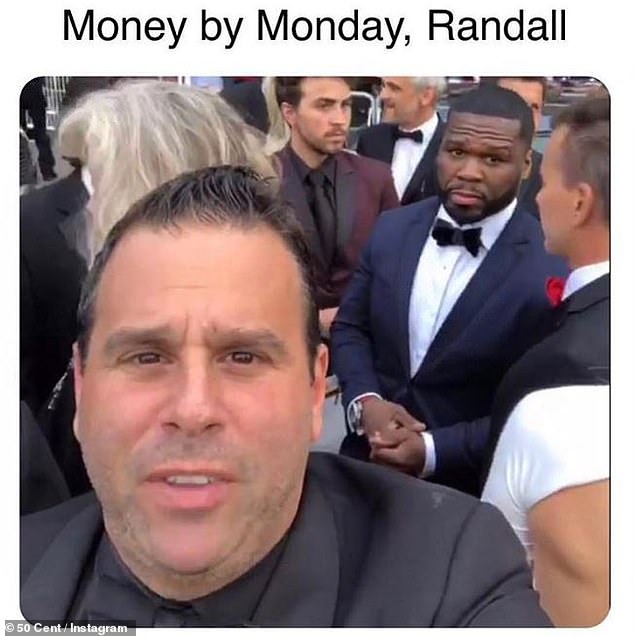 ‘I’m sorry fofty’: 50 Cent’s hilarious row with groveling fiance of Vanderpump Rules star Lala ENDS with the producer paying him back $1M loan after the rapper relentlessly mocked him on Instagram

It took threats of cracked heads, merciless memes, and even a chime-in from Chrissy Teigen, but the feud between 50 Cent and producer Randall Emmett is finally over.

The rapper had been on a social media warpath against Emmett and his fiancée, Vanderpump Rules star Lala Kent, over a $1million loan.

50 Cent, whose real name is Curtis James Jackson III, launched a public attack on Emmett on Friday and demanded that he pay back the six-year-old loan.

Emmett, who repeatedly pleaded to be left alone and claimed he was going to the hospital from stress over the feud, finally wired the rapper all the money on Monday.

The pair’s row boiled to the surface on Friday after 50 Cent shared a clip of Kent, 28, talking to her co-star about the first time she had sex with Randall.

‘I let him hit it the first time and we were inseparable; he would just send me, like, really expensive gifts,’ Kent, who got engaged to Emmett last fall, tells castmate Stassi Schroeder in the clip.

‘The first night we banged, I got a car the next day. He was like, “Do you want a Range Rover?”‘

Kent was quick to respond in the comments, telling 50 Cent she was ‘disgusted’.

‘We’ve sat up at dinners solo with you, you showing mad love, while begging Rand to put one of your new talentless b*****s in a film, and this is how you come for me? On the gram?’- Source

Is there trouble in paradise for Lala Kent and her fiance Randall Emmett?

A day after rapper 50 Cent publicly ended his feud with the Vanderpump Rules star, and her fiance, Lala has deleted all photos of Randall from her Instagram page with the exception of just one.

While we were writing this story, she still had four photos from their 2018 engagement up, but those have since been deleted as well. The couple got engaged in Cabo San Lucas, Mexico last September.

This action by Lala today is fueling speculation of a split, but she has yet to comment on their relationship status. It is also possible the couple has simply decided to become more private with their relationship following their nasty feud with 50 Cent.

The drama began last Friday after the rapper slammed Lala for being a “hoe” and allegedly taking advantage of her movie producer beau, Randall, by posting a clip of her admitting to getting a Range Rover from Randall after she let him “hit it” on the first night. After Lala clapped back at 50 Cent by referring to him as a “she,” he escalated the situation by alleging that Randall owed him $1 million and gave him a few days to pay up.

Lala is now reacting to the feud as she seemingly defended herself with a photo after a number of her Vanderpump Rules co-stars spoke out on her behalf.

“My body, my choice,” Lala wrote on Monday night, along with a photo of herself attending Amber Rose‘s 2018 SlutWalk.

And earlier today, Lala made more statements on Instagram as she posted and deleted a comment stating: “Funny how the ones calling you a hoe are the ones you never let hit it.”

She later deleted the comment and posted: “Silenced. I see how it works now.” – Source

In return he paid her legal fees.

She doesn’t think she needs to isolate over nothing.

He paid for some paps to come take their photo.

He thought he would be shedding the beard after another month or two.

With everything shut down, the studio just hasn’t decided on the replacement yet.

He not only refused to return it, but destroyed the scholar’s career in the process.